Horizons is the official art folio of the students of Benilde published every year. This theme, ‘Orbis’, visualized the version of their “world”. Students were free to express the theme using their style and medium. 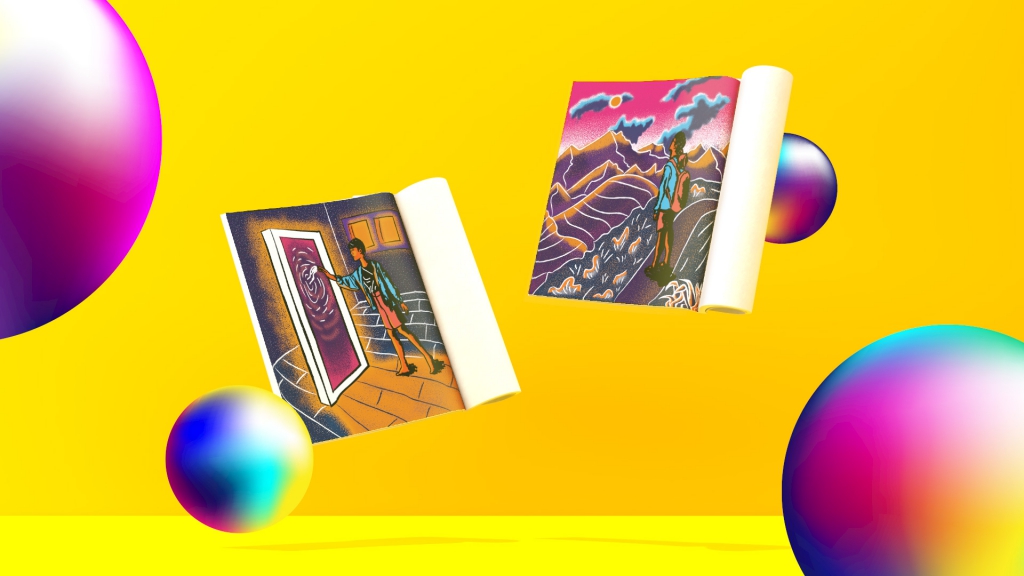 The Benildean Press Corps (BPC) is the official journalist organization of Benilde. We publish ‘Horizons’, the art + design folio, and ‘Shades of Gray’, the literary folio, per year and the campus magazine ‘The Benildean’, every term. As a part of the Art + Design in BPC, I was assigned by the creative director to do the illustrations for the Editor’s Note of the folio.

‘Orbis’ is a Latin word that translates to world. I haven’t read their letters yet so I had to based my concepts from the theme and photos. Based from the pictures of the editors, I took cues from their clothes and poses to visualize what their world would look like. He envisioned for the illustration to take inspiration from the works of the artist Gaurab Thakali. Following it, I used grain textures, brush stroke lines, and psychedelic color palette. 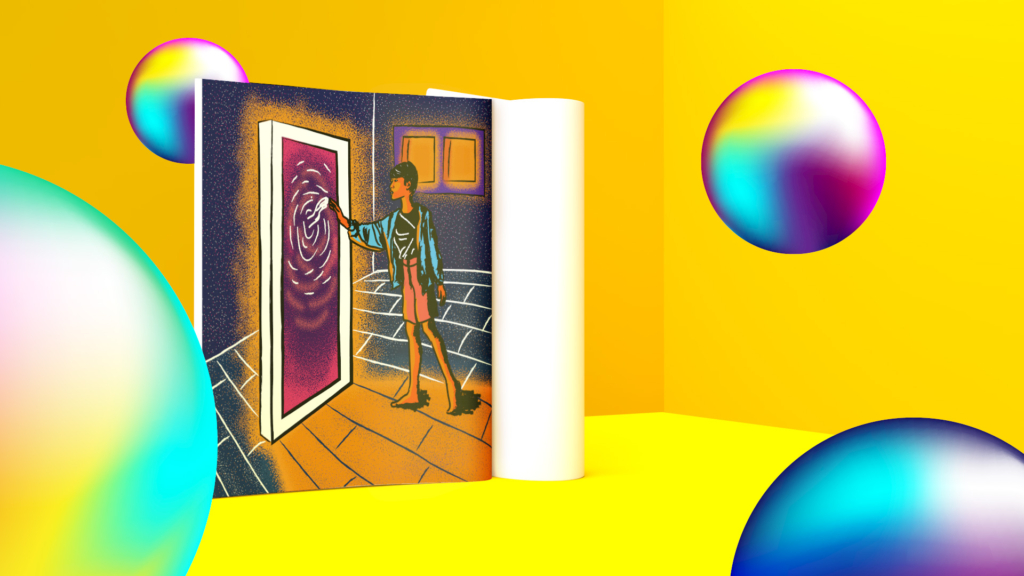 For the Art Director, I drew her in a room where there is a door opening to a portal of wondrous possibilities. The portals would take her to a new world. It’s a metaphor for people who do daydreaming, reading, or even just thinking. Even if they are sitting alone in a room, their imagination can take them places. 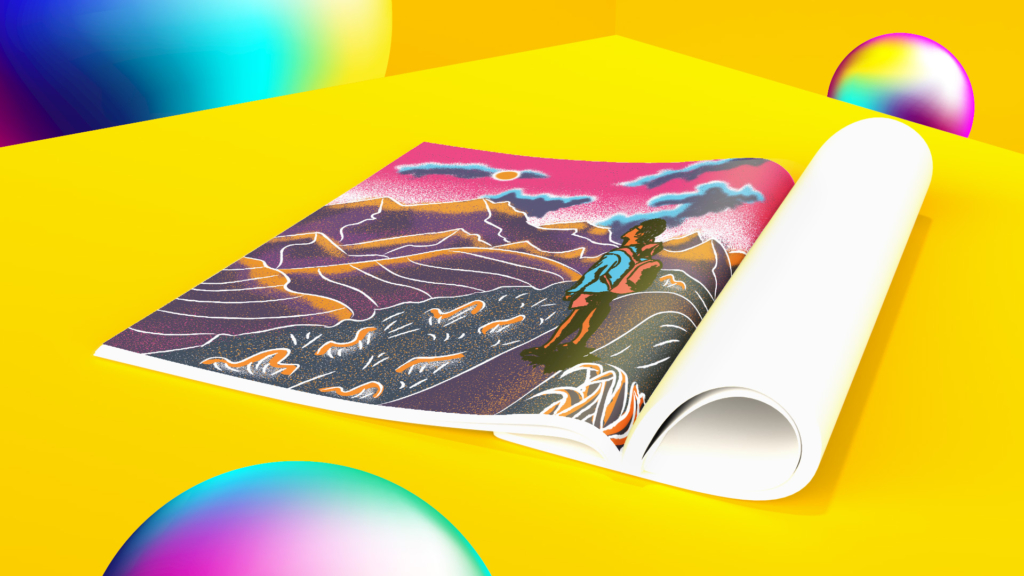 For the layout director, I drew as if he stopped mid-adventure to admire the landscape and the sunset. I used white lines where there is less focus and black lines for the subject. This project challenged me because it was my first time trying this style. I also had problems with the huge file size but managed to work it out by separating the layers into files. 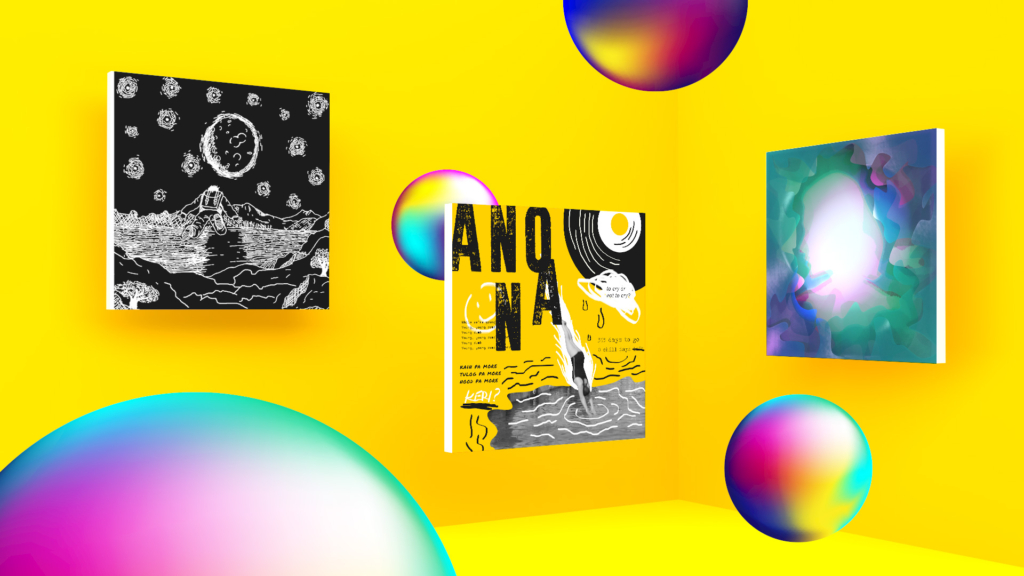 Meanwhile for my submissions for the folio content, I did a range of graphic design and illustration work. The first one, ‘The Moon’s House’, was an old illustration of mine that I updated. It was a 15-min pen sketch. I took it to Photoshop and made changes. The title and story is based from an album by the band Windsor Airlift.
The artwork “Pool of Thoughts” was done just under 20 minutes. I had problems and was frustrated at that time. I put out all of the thoughts that came into my mind; “Ano Na (What Now)”, “Keri? (Can you still do it?)”, “365 days to go, 0 chill days left”, lyrics to ‘Young, Dumb, and Broke’. All those thoughts are mixed up and plunged down into a pool.
“5th Dimension” was an attempt to do a 3D-made graphic design. I used 3DS Max to create the layered silhouette shapes. They each have varying forms for an illusion of different faces. I used the lighting to create a crystal effect for the mixture of colors and spotlight then I brought it to Photoshop.
“Pool of Thoughts” included at the Horizons: Orbis 2018 exhibit at De La Salle-College of Saint Benilde. Another print of the artwork is also posted in one of the rooms of the new campus. 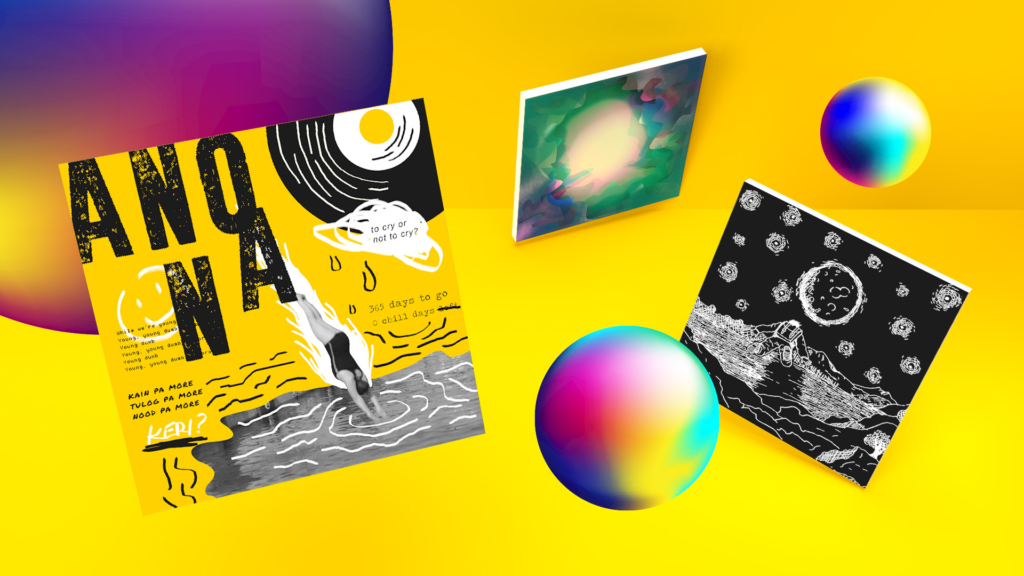